A tweet the other day got me thinking. Can tests somehow show care?

Testing has a very bad reputation. One of my most common jokes when explaining what I study goes something like this:

Person: What do you study?

It seems that testing gets blamed for a lot of the ills in education. However, testing (and the consequences of testing) absolutely deserve some blame.

For one, some of the best learners that I know stay motivated by being curious. Test scores (and grades, in general) often provide fleeting motivation. Students may focus on grades or test scores, but, in turn, forego pursuing something that they feel passionate about. In other words, they turn to external motivations (e.g., prizes, money, grades, scores, etc.) instead of internal motivations (e.g., curiosity/interest).

In the short term, this type of motivation can be extremely effective (especially for overcoming something that you would absolutely not be interested in otherwise). However, in the long term this leads to burn out and students who ‘check out’.

As educators, we want motivations that are sustainable and geared toward the long term goals/interests of the student. Tests can get in the way of these sustainable motivations.

Standardized testing can also dehumanize students. They are stressful. They are impersonal. They compare something that may not be comparable. At best they are a little unfair (bias is inevitable), at worse they are really unfair (e.g., a math test written in English given to a math whiz who doesn’t speak English well).

Tests, which were developed originally for speedy military job training placement, treat students as resources. Which, in a war, when time/efficiency is of the essence, and sacrifices must be made, could make some sense. However, this should not be the standard with which we as a society motivate our students or evaluate our teachers.

Tests Are Not All Bad

However, tests themselves are not entirely to blame. Tests are really useful. Parents, teachers, and students can learn a lot from looking at test scores. Tests really do have some predictive power regarding academic strengths and weaknesses (as do grades).

Also, test developers really do care (I know, I’ve worked with many). It takes a lot of money to develop a single question for a large standardized test. The test questions themselves go through a rigorous process to try to root our as much bias as possible. Test items are never perfect, but test developers do try hard to be as fair as possible.

So, what are some first steps to humanizing testing? I think we need to start by emphasizing standardized tests less. They are meant to be one of many types of measurements of learning, yet policymakers and the media (and parents and students, etc.) seem to harp on test scores. Test scores are treated as the most “objective” measurement of learning/achievement. But really, they shouldn’t be treated differently than any other type of measuring stick (like grades, or recommendation letters, or a portfolio of student work, etc.).

Test developers actually often decry the way that test scores are used (though they also benefit from it as well). For example, one of the largest organizations of measurement scholars (the National Council on Measurement in Education) published a statement denouncing the use of test scores for evaluating teachers. But, most states still do it (See my open source article for more).

Also, every year the media reports on how US students are so far behind other countries (based on PISA scores), but those numbers are extremely hard to compare fairly.

So, is there a way to teach policymakers, media members, and others to weigh test scores less heavily? I think we would all feel better if we knew they didn’t matter so much. Think of it like your score in a video game. It matters, you pay attention to it, but mostly you focus on other goals, like having fun and completing the game.

Also, is there a better way to make tests? Can we make tests more localized? Can we take teacher opinion into account?

Standardized tests feel so foreign and so … standardized. They are created by large companies in New York (e.g., Collegeboard) or large non-profits in Iowa City (ACT inc., I see you) by a small group of hyper-educated experts called psychometricians. These psychometricians are all-stars at understanding how to make tests more valid and more reliable based on a certain set of standards that should be measured.

Personally, I think it would be helpful to connect these psychometricians with teachers or parents. Good teachers/parents have a lot of questions about their students/children. Did they understand that deeply or not? Why are they struggling with this or that? Are they interested in this or that? But, good teachers are already overworked creating content and parents may not have the expertise to create ways to measure their child’s learning. A professional test developer could help assess students. These assessments would not be high-stakes instead they would be helpful and personalized (or at least localized). They might even be humanizing.

In fact, good tests can often teach students. The tests, themselves, help the students learn.

I think back to when I was a young child learning TaeKwonDo (a martial art common in Korea). One of our tests to advance to the next color belt was to break a wooden board with your hand. As a student, this simple test taught me a lot. I remember that the first time I tried to break the board, I failed, despite having mastered the ‘form’ of the move. For example, in TaeKwonDo, when you punch with your right hand, you actually start with you left hand in front of you. You generate power by drawing the left hand into your body as you launch you right hand forward. Stance is also important. You legs should be slightly bent, wider than shoulder length apart, and spread out diagonally for maximum stability. I knew all of this. My form was excellent. But the the first time I struck a board, it didn’t break.

I tried to add raw power the next time (foregoing my learned form), but that didn’t work either. I missed the target and still did not break the board. I finally broke the board when I realized why the form existed. It was not to look good, or to be memorized. Previously, I had always felt like having proper form was like having proper show marching technique in the military (i.e. it was meant to demonstrate and train discipline). But, when I realized that the form was meant to create the hardest most precise hit, that is when I broke the board. The test (i.e., breaking the board) actually taught me. I finished the test with more knowledge and with more excitement about what comes next.

Could tests be designed to capture that feeling more often? Let’s end by thinking about features of an ideal student-centered test (keep in mind that the ideal test is impossible): 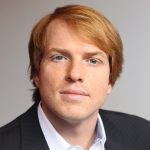 When not writing about design, Kevin devotes his time to redesigning and reimagining the measurement of student achievement. He takes a practical approach to designing ‘smart’ standardized tests that adapt for diverse students. But also thinks about how and when tests fail to "measure up".